Chancellor of the Exchequer Philip Hammond is to take out a £4.5b short term loan from Wonga in order to secure funds for various industries and projects which will be hit by the United Kingdom leaving the EU, and said he’s “super, super confident, super” that nothing will go wrong.

Projects in agriculture and science that are backed by Horizon 2020 and CAP are likely to dramatically lose funding when the Brexit process begins, leading to a budget shortfall that the Chancellor has had to adjust for, since the Treasury is reportedly “empty but for the stretch marks”.

Hammond, selected as Chancellor last month following Theresa May’s appointment as Prime Minister – and after his predecessor allegedly became trapped in an inter-dimensional void known as the ‘upside down’ due to an overdose of mind-altering supplements – made the announcement this morning and was in good spirits.

He said: “What we are doing here is guaranteeing that projects that have already been signed will be guaranteed by the British government to the recipient, mainly those by smelly malcontent farmers and sexless science boffins, who this government cares about deeply and doesn’t resent at all.

“In order to ensure this, we’ve had to move some money around, and in this case borrow a lot of it to make up for the shortfall. People might be concerned by us borrowing more, but Wonga is different, it’s great in fact, they appreciate that sometimes we all need a little helping hand getting over life’s obstacles. We can repay this loan in three manageable steps; that’s Wongability.”

When asked by reporters how the Treasury intended to repay a loan with a 1509% APR when Westminster is yet to initiate negotiations to leave the EU, Hammond replied: “We have an excellent credit rating, and Darren from Wonga assured me we can take out a second loan to cover the first. 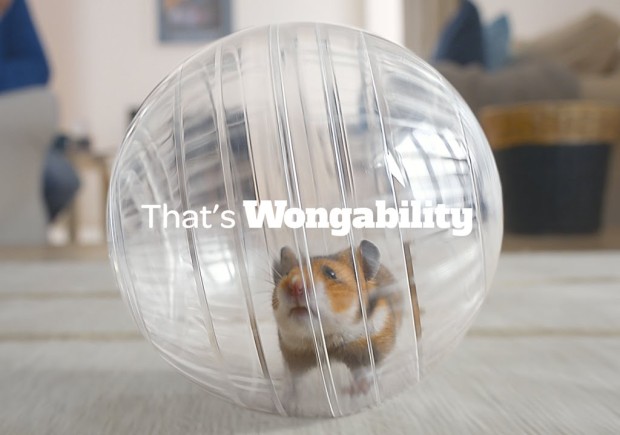 Wonga have denied that their hamster-in-a-ball advert is in any way ‘fittingly symbolic’ and ‘Kafka-esque’.

“All of that will be easily repaid once the bumps stop and we enter the post-EU economic Dystopia… sorry, Utopia, that will inevitably happen soon, very soon. I’m super, super confident about all of this. Super. What could possibly go wrong? I certainly can’t think of a bad precedent.”

The announcement is likely to lead to significant criticism given the controversial nature of Wonga, who have been condemned by customers, the Financial Conduct Authority, the Church of England and other politicians, with Ed Miliband accusing them of “targeting children” who had no hope of accruing sufficient credit to pay off their crippling Peppa Pig merchandise debts.

They were also the subject of scandal in 2012 when MP Stella Creasy, who had proposed capping Wonga’s interest rates, was abused online by poorly disguised employees, who simultaneously edited the company’s Wikipedia page to claim that company founder Errol Damelin “solved apartheid” while growing up in South Africa.

And it is felt by some experts that this short term approach might simply increase the UK’s financial woes, with the national debt currently recorded at £1.56 trillion and an annual deficit of £69 billion, which is nowhere near as sexy as it sounds and is the equivalent of a student having to work as a Costa Coffee barista for a further seven thousand years to get out of the red.

The loan will also be issued despite Mrs May previously announcing she will not this year invoke Order 66, which would see negotiations begin for a withdrawal from the EU, suggesting that the process could last longer than any sustainable loans and result in Wonga holding a controlling stake in absolutely everything, even ambulances and guide dogs.

When quizzed on her plans for Brexit, which is a non-binding democratic obligation following the referendum vote, Mrs May said: “Soon, just not right now”, before adding that she’s “got a lot on, and my email is playing up, so I don’t know” and that “I’ve got a headache anyway, I might go home early. Oh, sorry, I’m going into a tunnel, going to frmm frmm frmm brrr brrr. Boop boop boop.”