Author George RR Martin has revealed in an interview with the magazine Obfuscation Monthly that he has been ghost-writing reality since 1993, and says that, despite the commitment the project requires, he has no intention of quitting before he expires.

Martin, famed for writing the A Song of Ice and Fire series of books as well as numerous other acclaimed sci-fi works and the Chilcot Report, made the candid confession to an interviewer for the literature publication when he was asked why it was taking him so long to finish The Winds of Winter.

Existential control elemental Spiritus Mundi have since confirmed the validity of this claim, with an official statement released this morning which states that Martin was hired to write real life’s events in June 1993 upon the death of previous incumbent William Golding, who himself had replaced Paddy Chayefsky when he stopped being alive in 1981.

The admission has quelled years of rumours on the subject, as well as fandom-based disgruntlement at Martin’s tardy approach to writing vast and detailed megalithic supernovels, and has finally confirmed that free will is an illusion and we’re all puppets in a celestial entity’s sick stage play.

Spiritus Mundi, which fully controls all aspects of our perceived reality and communicates to humanity through a pre-designated oracle, currently a pygmy marmoset with the capacity for speech and laconic shrugs, were “attracted to” a then-three time winning Hugo Award winning Martin after reading his earlier drafts of A Game of Thrones.

Speaking with Obfuscation’s Dermon Cattleblath, Martin explained that Spiritus Mundi liked how his works, and in particular Thrones, were simultaneously “grounded and yet far fetched”, and the manner in which “cruel irony” and “slow burn petrified climax” were woven into a fabric which mostly involved talking, eating and sex.

He said: “What they wanted from me was a narrative that was believable, one that wouldn’t make anybody question whether the things around them were happening as a conceit, and they saw in my portfolio that I could do that, but also be compelling, and cruel, and generally just messed-up.”

“I took a lot of inspiration from history with A Song, and that’s especially clear I believe in Thrones, so I imagine that’s what attracted the voice to me, that and I think I sated some of their more sadistic appetites as well, I do enjoy a bit of sadism, as you’ve all learned.” 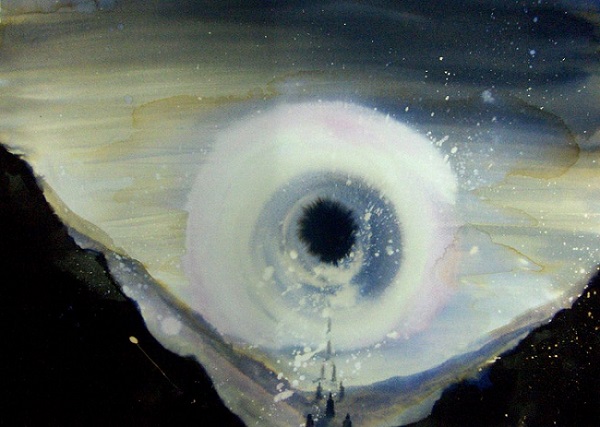 Spiritus Mundi, which controls our destiny, did not answer queries because why the fuck would they?

Further to this, Martin told Obfuscation that the commitment he made with Mundi was for life, as part of their contractual tradition, and so anybody hoping for a change in tone or narrative direction will inevitably be disappointed.

Martin said: “I’m in it for the long haul, I’m afraid, and a big part of this project revolves around not falling back on writing tropes, so there won’t be any last minute cavalry charge to save the day or Deus Ex Machinas getting the heroes out of a jam, and no plot twists, it’s all about foreshadowing.”

“I wanted to explore themes that were a strong in a post-colonial world, things like sins of the father and collective responsibility, and also the cyclical nature of hegemony and power, and the endless circularity of revenge and retribution, and reaction, to really follow up on what William Golding did and expand on it, show the world rebuild on the old foundations then see those old foundations crumble and pull everything down from within.”

This should be par for the course to fans and critics of Martin, who in 2005 became the world’s richest man to dress like a 19th Century locomotive driver and also topped a Vanity Fair poll in 2014 for ‘Author most likely to fuck your life through the page’.

He said that mankind should prepare itself for the next climax he has been building up to, which he warns could be even more monumental in his saga than previous big hitters such as the Indian Ocean Tsunami of 2004, Anders Breivik, Jedward and 9/11.

Martin, whose confessed influences include Cormac McCarthy, George Orwell and Thomas Hardy, told Obfuscation: “I don’t want to get into spoilers, because that’s part of my contract too, generally Spiritus Mundi don’t even want people to be aware of their presence.

“But let’s just say that what I’ve set up till now, with Trump versus Clinton and the civil disharmony there, and a divided Europe, the rise of Islamic extremism, Russia’s clandestine master plans, Turkey’s regression, China’s rise and all these identity crises everywhere in the world, shifting between collective guilt and pre-emptive reactionary strikes, well let’s just say if you’ve read A Storm of Swords, you’ll know what happens to that much set up in my works.”