Steven Woolfe, the MEP widely considered favourite to succeed the resigned and anuran Nigel Farage as leader of UKIP, has missed the deadline for officially submitting his nomination after he was delayed by “the country being full”.

Potential candidates were required to submit their nominations by noon today, but Woolfe failed to meet this stipulation and there is now uncertainty as to whether he will be able to contest the leadership, though a spokesman has insisted that “it’ll probably be fine” and that “deadlines sound a bit EUey anyway”.

Woolfe, a former barrister who enjoys the backing of party donor and sexual creep Aaron Banks, claimed that his nomination was “prepared and on-schedule” until he attempted to make his way to UKIP’s headquarters in Newton Abbot, when he became trapped in a coast to coast morass of multilingual humans.

He said: “I’m sorry I wasn’t able to make the deadline, but I was indisposed, I suppose you could say, since I walked out my house and there was people everywhere, on the pavement and on the road, like some Indian wedding. At one point I was sandwiched between a Sheikh and some old Bulgarian woman with a bag of turnips in a pram.”

When asked by a journalist from Mid Devon Gazette whether he meant that the sack was in the pram or the old woman was, Woolfe admitted that he “couldn’t tell the difference”, before adding that he was “just glad they weren’t Brussels sprouts”. 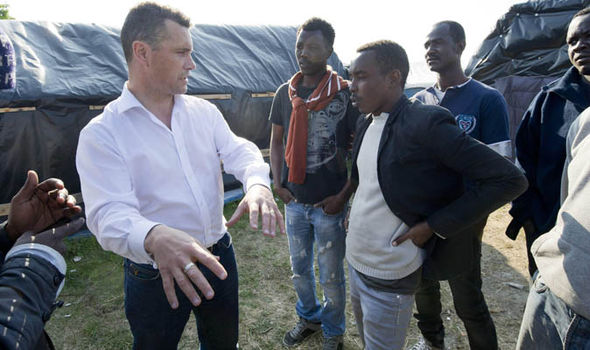 He added: “The journey is only really supposed to be about two hours, but it took me three and a half because they were everywhere, even in abandoned coal mines and Kent. This sadly is a testament to the free-for-all we’ve been left with courtesy of the current multiculturally mad government, who’re too afraid to admit the country’s full.

“I didn’t even have time to stop at motorway services and spend £8.95 on a Ginster’s Cornish Pasty because I was running late, but I imagine if I did and tried to eat it I’d just end up getting a mouthful of some Moldovan’s hair. And he’d probably have HIV.”

A spokesman for Mr Woolfe told the media that the electronic registration wasn’t carried out in his absence because “a dog ate our spare copy”, before assuring UKIP voters that the canine has since been destroyed.

The candidates who were able to do the bare minimum required are Lisa Duffy, who on Thursday threatened to invade Westminster with a “non-European People’s army”, Jonathan Arnott, who has been described as “Flowers for Algernon in the flesh”, and Bill Etheridge, who owns the world’s largest collection of Golliwogs.

Farage resigned as leader of UKIP on July 4th, citing the need to “get [his] life back” after the involuntary horrors he faced as a very rich banker voluntarily helming a reductive political party partially responsible for convincing 53.4% of British people that the EU was the socio-cultural and economic equivalent of a gay rapist.