Glastonbury has stunned the music world by announcing it has invited a rookie, untested progressive rock quartet called King Corbyn to headline its main stage.

The Islington prog-rock outfit, known for their meandering, ten-minute long songs lacking in punch or thematic cohesion, are said to be delighted at the opportunity to promote their new album – “Labour of Love” – to such a large audience.

The four-piece consists of Alan White, former drummer of Yes, Alex Lifeson on guitar, formerly of Rush, and John Myung of Dream Theater – with Leader of the Opposition Jeremy Corbyn on vocals and acoustic guitar. 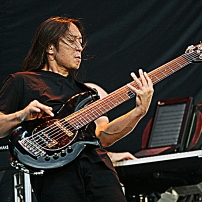 A spokesperson from Corbyn’s office said:

“It’s really all about getting Jeremy out there. Once people see his lyrics for what they are, a lot of people discover they agree with them. Just because his song-writing doesn’t fall into pop’s so-called conventions, people think he’s somehow not any good.

“No one has any right to tell people what they want. What’s wrong with a six-minute keyboard solo on the chromatic scale, provided it comes from the heart?”

King Corbyn will be joined at the festival by Muse, Welshwoman Adele, and a range of other popular mediocrities.