Sports journalist Tom English has been widely condemned and accused of having an ‘anti-independence’ and ‘anti-Scotland’ bias by bloggers and numerous users of social media as a result of his misleading surname.

English, an Irish journalist who predominately covers Scottish sports for the BBC and The Scotsman and has also worked for Inside Radio and the Southern Illinoisan, has become the target of a concerted attack by members of the online community who feel he represents a “confusing and thus deliberate conflict of interest”.

His most recently published article, a match report regarding Celtic Football Club’s 2-1 victory over Slovenia’s FC Astana in a Champions League Qualifying tie, was met with a barrage of angry tweets which accused English of being “a walking, writing slur against our country” and “proof-positive of the BBC’s pro-Britain bias”.

It is understood that the BBC have been inundated with complaints and demands for English to be dismissed from his duties, with renowned pro-Independence blogger Bruce Wills-It writing an open letter which called him “a throwback to a time when the Scots were given no voice” and “the equivalent to a reporter covering the black community being called David Uncle-Tom”.

The BBC have only replied through a brief tweet from their Sports’ department account, which simply read “what’s in a name?”, which was quickly seized upon by the baying online mob, who said it was “validating an in-name-only monarchy” and “insulting my Auntie Maggs McAuslandlintydrin”. 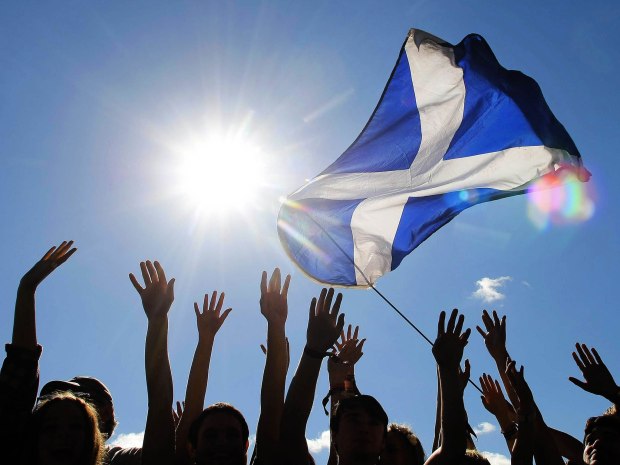 The issue of independence has resulted in increased partisanship, with this image accused of “creating a false impression of an independent Scotland being sunny”.

English has declined to comment on the ongoing situation, though an insider at the BBC has suggested that he was “puzzled” by the development and said that he was “oddly hesitant” when making himself a cup of coffee in the tea room.

The source said: “I think Tom’s worried now about looking too English in the way he does things, like having his pinky extended when he drinks from a cup or getting a bit boorish when talk turns to speed cameras, but hopefully it doesn’t effect his work, which is usually acceptable at worst.”

The controversy follows fellow journalist David Torrance leaving Twitter after suffering a similar deluge of attacks, which came when his comments that success at producing radio programs didn’t necessarily translate to television were interpreted as a claim that Scots were incapable of operating cameras or having inoffensive faces.

This matter pertained to another sensitive topic, the mooting of Scottish news programming to replace national British editions, which have long been a source of concern due to such a change potentially convincing the Scottish population that they didn’t live in a denationalised vortex.

And this in turn follows fresh on the back of VisitScotland being accused of holding a “pro-independence bias” after it released the results of a national survey which named Orkney as the “most subaltern” area of the country, Dundee as the “most proud (of you) city” and Kilwinning as the “most gloriously named town re. fucking the English”.