The new female-fronted Ghostbusters is actually terrible and reviewers arguing to the contrary are “blinded by man-hate”, claim women-hating men.

The film tells the story of four women who are able to hunt and destroy ghosts, which sexists have claimed is “poor writing” and “full of huge plot holes”.

After opening to positive reviews, we interviewed one detractor who wished to remain nameless, but whose twitter handle is @MRA4LYF.

“I’ve not seen the film,” he told us “But it’s just ridiculously unrealistic. Bill Murray catching ghosts? I can believe that. But Melissa McCarthy? Don’t make me laugh”. 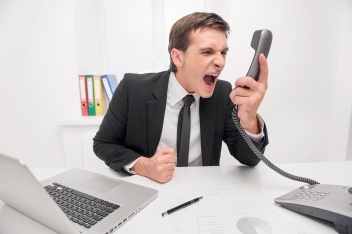 Who you gonna call? It used to Ghostbusters, but not anymore because they’re girls now.

“It’s ruined my childhood,” he continued. “Women as Ghostbusters? It’s literally gone back and erased the other two movies, they no longer exist.

“It’s not like I can pop on my DVD player and put the old ones on. It’s just a load of crap.

Another critic, John, 41, who lives with his mum, said: “I know my films, alright? I know a good one when I see it. This one? Cinematography? Rubbish. Script? Piss-poor. Plot? Contrived. Special effects? Cheap.

“And the acting? Well, let me tell you, but the actors were actually women, if you can believe that.

“It’s just such a shame, because the original was such an incredible tour-de-force. The fact it was passed over for the Best Picture Oscar will always be a stain on Hollywood’s reputation.”

The Daily Belter has also heard unconfirmed reports of middle-aged men attempting to stick images of original Ghostbusters Dan Aykroyd and Ernie Hudson on the cinema screen over the current crop of Kate McKinnon and Leslie Jones, but the moving pictures on the screen reportedly make this difficult.

“We thought it would make us feel powerful,” one saboteur admitted.

Men’s rights activists have launched a fundraising drive to start a rival film franchise, which they’re planning to call Ghoulbeaters.

One sexist did however tell us that he enjoyed the movie.”I almost forgot they were women, the acting was so convincing,” he said.

Ghostbusters is in cinemas now, although studio bosses are worried it may stumble at the box office due to “failing to attract enough of that vital sexist audience”.