A group of red-faced and decidedly adult Pokemon Go players had to be rescued after becoming stranded in a cave network while hunting for virtual creatures, but did achieve one thing with their life – discovering the mythical and presumed fictitious lost city of Atlantis.

The six gamers, aged between 23 and 29 and reportedly motivated by “shits and nostalgia”, entered a wide gape near the town of Bowmore on their native Islay, the southernmost island of the Inner Hebrides, only to become lost and thoroughly out of their insignificant depth.

While one member of the group, who identified herself only by her online username Bride_of_Brock, was able to request assistance through Bowmore Police Office’s Grindr account, their subterranean tomfoolery was somewhat vindicated when they discovered a vast cave network eventually leading to a chamber housing an elaborate, dead city.

An archaeologist called to the site by local police quickly identified the city as Atlantis by interpreting a series of runes and architectural features consistent with descriptions in Plato’s Critias, as well as through the cave’s password protected wi-fi network name, ‘reallyatlantis-0001’.

Jeremy ‘Indy’ Hiscock, who works for the University of Southend and moonlights as a mollusc catcher at a variety of retirement homes, explained that the necropolis matched the information shared by Plato, despite previous interpretations of his texts suggesting the city was what is referred to in the historical community as a “crock of horseshit”.

Hiscock said: “The manner in which this city has been designed rhymes with Plato’s writings, right down to a tee, it’s like he was really here, and perhaps he was, the site does seem to have what looks like its own helipad and a travel kiosk. It’s actually better developed than the rest of Islay.” 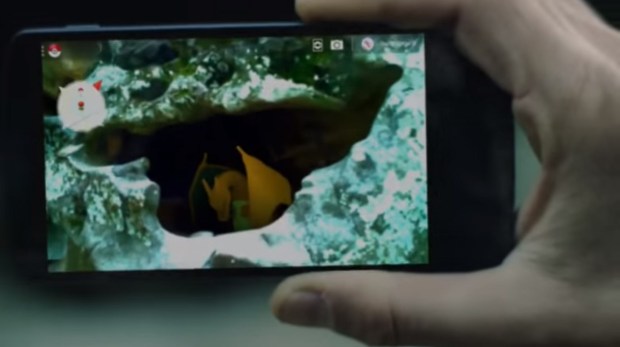 The players were hoping to find a dragon derivative and became lost and soiled themselves.

“For the longest time, people have assumed that the city was in the middle of the Atlantic Ocean or in the Mediterranean, but it never occurred to them that Plato’s interpretation of geography might have been a little different, particularly since he was quite Euro-centric and quite old, thus useless.”

He added: “In light of the things we’ve found here, we really do need to rethink much of what we thought we knew about the human race and its history, from philosophy to haberdashery, everything, even including this very sentence I’m saying just now.”

The accidental discovery is the latest in a series of strange finds and hazards caused by the global popularity of Pokemon Go, in which people who know better use a lazy copy and paste design applied to their manipulated camera phone to find fictional animals who can be enslaved and used to fight wars.

On Friday, a Welsh girl outside Swansea became wedged in a rabbit hole in scenes reminiscent of Winnie the Pooh, while the previous day a teenage boy from Somerset got his head stuck up his own anus after his mother told him to “take a long hard look at yourself” and he misheard.

At least three dead bodies have been discovered by participants – though police in each case made it clear the players were not being considered as suspects due to their lack of cunning – with the latest occurring in Salt Lake City, local law enforcement telling the media: “It is unclear what caused this man’s death, or what his opinion was of Pokemon Go.”

SLCPD Chief Mike Hunt added that: “It’s one of the few cases I can think of where the person discovering a dead body in a river has good reason to envy the corpse.”