Donald Trump has chosen former LAPD detective and writer Mark Fuhrman to be his vice-presidential running mate, citing the need for his experience of the black community as the country suffers civil unrest in the wake of numerous high profile shootings.

Indiana governor Mike Pence was widely expected to take the role, but in a surprise announcement today it was revealed that Trump had chosen Fuhrman instead, citing Pence as “too much of a doody head” to fulfil the role and claiming they weren’t “sympatico”, before abruptly apologising for the “rapist speak”.

The announcement has already caused controversy due to Fuhrman’s chequered past, as he is best known for his part in the OJ Simpson trial, with the revelations that he had used racist language and watched the 1915 film Birth of a Nation on a continuous loop contributing to the prosecution’s collapse.

Fuhrman, who only entered politics last year after enjoying a successful career as a radio host, media pundit and true crime writer, insists that he does not have prejudices, and says that his reputation has given him a greater perspective on the matters of race.

He stated: “I’ve been called a lot of things since the Brentwood case – jive turkey, bitch ass honky, milk cracker, Mark Fuhrer – a lot of very hurtful things, but I’ve learned from them, I’ve learned what the black community is really about, and that black lives really do matter.” 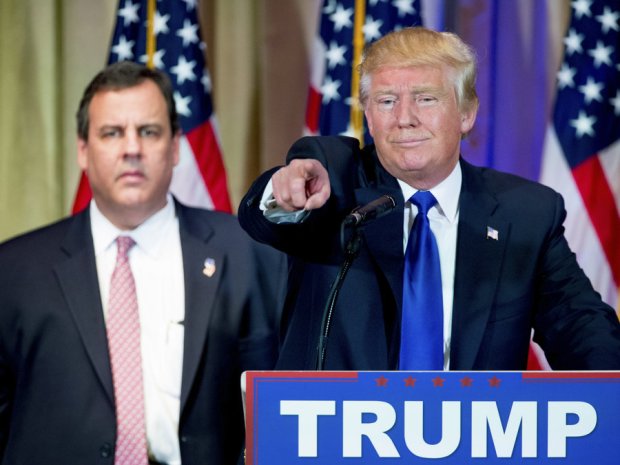 After retiring from the LAPD in 1995, Fuhrman wrote a book on the subject of the OJ investigation, entitled Murder in Brentwood: How to Undermine a Murder Trial, and followed this with another true crime book, Silent Witness: The Untold Story of Terri Schiavo’s Gurney, before publishing his 2014 autobiography, I’m Not A Racist (But If I Were, I’d Call You A N*gger).

Trump explained that Fuhrman’s “strong position on racial relations” and his “wealth of experience in law enforcement” would prove invaluable in mending the rifts between the black community and the police, which reached a nadir last week when Micah Johnson shot dead five officers at a Black Lives Matter protest in Dallas, prompting Trump to call for a ban on all crazed snipers “till we know what’s going on”.

He said of Fuhrman: “Back in Mark’s day we didn’t have this, we didn’t have cops getting shot, they had The Simpsons, back then it was Rodney King and not Dylan Noble, it wasn’t getting killed it was getting beaten which is better, we want those days back, we want the nineties back, I looked great in the nineties, I had gold shoes, I was very lush.”

The announcement itself came as a surprise, with press conferences expected to be delayed in light of the terrorist attacks in Nice, but Trump insisted on going ahead, saying: “We can’t take a day off, the enemy doesn’t sleep so we can’t sleep, I don’t sleep, I have the most expensive bed in the world but I don’t use it, sometimes I use it, the pillows are made from swans, it’s very lush.”