The decision by the Scottish Labour Party to withhold their election manifesto until only eight days before polling closes was caused by urgent rewrites following the discovery that an alleged sighting of the Loch Ness monster was in fact a film prop.

It is understood from the senior political aide that party leader Kezia Dugdale had intended to use ‘Nessie’ as a spearhead for Scottish Labour’s ‘masterplan’ to usurp the Holyrood leadership, inspired by a similar use of mythical creatures in the HBO miniseries Game of Thrones.

However, the revelation that the ‘discovery’ was in fact a prop from the 1969 Billy Wilder film The Private Life of Sherlock Holmes, rather than a Jurassic-era monster capable of overwhelming national armed forces, has forced the party to alter their strategy in the build up to the 5 May election.

“The party’s approach was very heavily built on this masterplan,” the insider told us, “and we were very far along with our manifesto, which would have been a very strong case driven by the idea that nobody would be able to stop the party who controlled the Loch Ness Monster.”

A submersible robot belonging to Norwegian company Kongsberg Maritime had provided sonar images of what appeared to be the fabled monster at the bottom of the Loch, inspiring a Labour drive towards resurgence by way of violent overthrow of the unprepared SNP leadership.

However, it emerged on Thursday that the images were of a prop from the 1969 motion picture starring Christopher Lee, who coincidentally was mooted as a potential backer to Scottish Labour following his death in 2015, before it was discovered that his role as a vampire in 1958’s Dracula was in fact fictional. 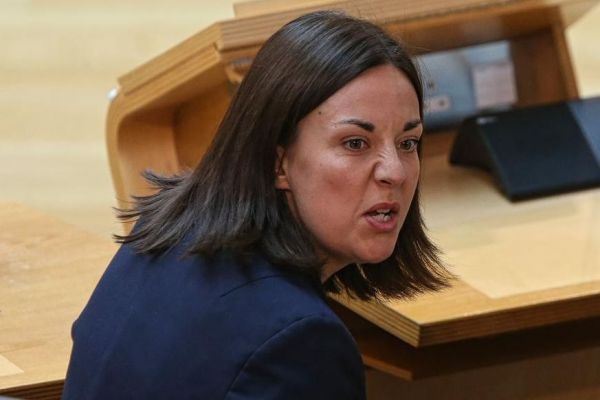 According to the inside source, who has chosen the alias Highland Mist, Scottish Labour have adopted ‘unconventional’ approaches to regaining seats in Holyrood under Ms Dugdale, up to including the hunt for supernatural weapons of lore and the domestication of fabled monsters, as well as taking inspiration from films and television media.

“Kez is a big fan of A Song of Ice and Fire, and to a lesser extent Game of Thrones,” Highland Mist told us. “And she loved the Daenerys character, so this seemed a natural fit. Unfortunately it didn’t work out, so we’ve had to re-plan, and will probably do something to do with pensions or something.”

The insider has also claimed that an approach was made to Alan Rickman to reprise his role as Die Hard’s Hans Gruber and hijack Trident nuclear submarines and secretly pass them on to Scottish Labour, only for the actor’s death to disrupt these plans. A similar offer to Peter Capaldi to provide crucial information using Tardis-based time travel also fell through.

Ms Dugdale herself was unavailable for comment due to an archaeological trip to Egypt as part of a world tour that will also incorporate the Vatican, Machu Picchu, Argentina and Panama.